Join us as we discover cliff-top fortresses on the world-famous Causeway Coast, ancient tombs hidden the Glens of Antrim and enigmatic idols in the waterways of Fermanagh. We’ll help you to discover the best places to visit in Northern Ireland..

There is just so much to discover in Northern Ireland. The six counties – Antrim, Armagh, Derry, Down Fermanagh and Tyrone – all have their own particular stories to tell. These stories are some of the oldest we have on the island, with the earliest settlement evidence we have of hunter gatherers in the Mesolithic Period. Northern Ireland also has some wonderful examples of the megalithic tombs of the first farmers, and ancient royal sites. Here you can find some of the most influential early monasteries that went on to shape European Christianity, but you will also find evidence of warfare and strife. You can explore the fortresses of Norman adventurers like John de Courcy, to the Walled City of Derry and the industry of Belfast. The story of Northern Ireland continues to have a profound impact not only on this island, but also on the United Kingdom and Europe too.

Northern Ireland is a varied in landscape as it is in story. The Causeway Coast is rightfully renowned for the stunning cliffs, beaches and promontories. There are hauntingly beautiful uplands like the Mourne and Sperrin Mountains as well as the largest lake on the island at Lough Neagh, and the famed Glens of Antrim. Torr Head is the closest part of the island to Scotland, being just 20km from the Mull of Kintyre, and this close proximity has shaped the story of Northern Ireland for millennia. There are many shared stories that go much further back than the Stuart Plantations or even the Anglo-Norman Earldom of Ulster. Early Irish saints bridged connections, and the ancient kingdom of Dál Riada ruled both sides of the sea. Even deep into prehistory we can see clear evidence of movement and cultural influence across the cold waters.

With this blend of stunning scenery and ancient heritage, there’s no wonder why Northern Ireland locations featured so prominently in Game of Thrones! From Rathlin Island to the stunning Sperrin Mountains, you can find a story around every corner. So join us and we’ll help you to explore some of the best places to visit in Northern Ireland.

Getting Around Northern Ireland

Air Travel: There are three airports that serve Northern Ireland. Of these, Belfast International Airport is the biggest and busiest, and it is located around 20km from the city. George Best Belfast City Airport is much closer to the city, but it generally has regional rather than international flights. The City of Derry Airport also has regional flights to the UK and Malaga.  Dublin Airport can be convenient too, especially for the south-eastern parts of Ulster, as the airport is right on the main M1 Motorway that connects Belfast to Dublin.

Northern Ireland by Bus: Translink are the main public transport service in Northern Ireland, with rail and bus options. You can plan your trip here.

Car Rental Companies:  There are a number of rental car companies operating on the island of Ireland, such as: Hertz, Europcar Avis Car Rental, Enterprise or Budget. If you have wheelchair or accessibility requirements, Motability Ireland rent cars and adapted vehicles too.

What to wear: Ulster’s weather is notoriously unpredictable, and quite often you can experience all four seasons in one day.  So suncream, raincoats and good walking shoes / boots are essential!

Accessibility: Many of the sites we tend to feature are a good bit off the beaten track, and aren’t traditionally considered as tourist sites. They include ancient tombs on mountain summits, the crumbling ruins of long forgotten castles, and atmospheric but overgrown monastic sites. That wildness often means they can be difficult to access. However, there are a number of sites that are largely accessible to wheelchair users, with paths and ramps and accessible visitor centres. It’s really important to us that heritage should be as accessible as possible, so we are going to include information on what to expect on the information box of each site. However, if you have any updates about accessibility or if we need to make a correction to a post please do get in touch and let us know here.

Dog Friendly Sites: As you can see on our team page, Peig is our chief osteobarkaeologist and an absolute dote, and we would bring her everywhere with us if we could. However, not all sites are suitable for dog walking. A number are situated on private farmland, others might have a strict ‘no dogs allowed’ policy, and others might be challenging for our four legged friends. We’ll include information on each post to let you know whether it is ideal for a good walk. 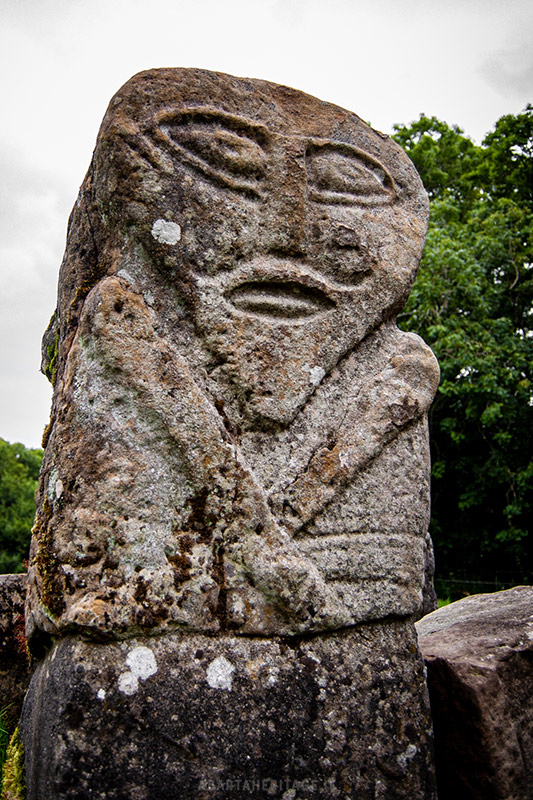