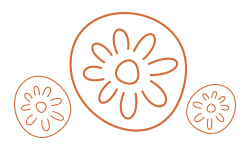 A fine castle that now houses the County Museum, so it is the perfect place to immerse yourself in the story of Wexford.

Enniscorthy Castle is central to the development of the modern town of Enniscorthy. The town developed around an Anglo-Norman manor that was granted to Robert de Quincy, who was married to Strongbow’s sister Basilia. He died soon after the marriage, and Basilia married the famous Anglo-Norman warlord Raymond le Gros. It is possible that he erected a motte and bailey as the first fortification close to the site of the present castle, which was built on the east-facing slope of a rock outcrop that overlooks the Slaney River. The lands were later transferred through marriage to Philip de Prendergast in 1198, before the manor passed to the Rochfort family. The castle was recorded as being ‘destroyed by the Irish’ in 1326. The powerful Irish MacMurrough family took possession of the town some time in the 15th century. Though the castle in its present form is thought to date to the late-16th century, when Sir Henry Wallop acquired the lease for the town. Its design is similar in some respects to that of Ferns Castle, with four corner towers, though it is much smaller. Some of the distinctive late 16th-century features include square-headed doors, windows and fireplaces as well as gun loops. One of the unique features of the castle is the 16th-century depiction of a halberdier painted on the wall of the dungeon.

The story of Enniscorthy Castle continues after the gallery.

Coordinates: Lat. 52.501436, Long. -6.567107
Grid Reference: S 71634 27423
Opening Times:  The castle is open Monday to Friday (9.30am–5pm with last admission at 4.30pm) and weekends from 12pm–5pm (last admission 4.30pm). For details see here.
Nearest Town: Located in the centre of Enniscorthy.
Entry Fee: For details see here.
Accessibility: Enniscorthy Castle is wheelchair friendly. There are disabled parking spaces and wheelchair friendly toilets. All floors including roof are accessible by lift. The castle also has baby changing facilities. For details see here.
Dog Friendly? Only service dogs allowed.
Suitable for Young Children (Under 10)? The castle does have baby changing facilities, it is largely a museum/gallery type experience so if your little ones enjoy that then this could be a good stop for them.

Directions to Enniscorthy Castle:
The castle is located in the centre of Enniscorthy and is well signposted locally. There is no parking available directly beside Enniscorthy Castle, but there is ample paid public parking at a number of locations in the town, a designated bus bay opposite the castle, or free car and coach par